While the draft regulations aimed at tackling the excess transfer balance issue are a welcome development, SMSF trustees will have to hope the ATO releases the excess notice determination quickly to avoid interest building up, according to Heffron. 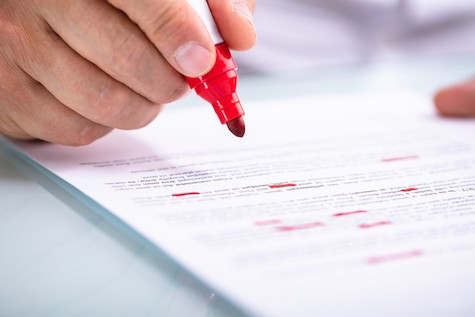 In December last year, the government released draft legislation aimed at addressing an issue with excess transfer balance amounts for those with defined benefit pensions and market-linked pensions.

In an online article, Heffron managing director Meg Heffron explained that these pensions currently have a “permanent excess” problem, which arises when one of these pensions is commuted and converted to a new legacy pension.

“While that doesn’t sound particularly attractive to begin with it does happen. For example, people with defined benefit pensions often move them to market linked pensions later in life to make sure all their super can be paid out to their beneficiaries when they die,” said Ms Heffron.

Under the current law, Ms Heffron said that people who have their super in one of these pensions but have an excess over their TBC currently have no way of solving that problem.

“Remember, anyone else who goes over their TBC is simply told by the ATO to commute part of their pension back to accumulation phase or pay it out of the fund. But people with legacy pensions aren’t allowed to make that commutation,” she stated.

The draft regulations propose making a few changes to help solve this problem, she said.

As this change has been a long time coming, said Ms Heffron, it’s possible that people have actually had an excess for years and are only now in a position to do something about it.

“That’s a problem because the current law keeps adding interest to the excess. The interest is taxed and both the excess itself and the interest have to be rolled back to accumulation phase,” she said.

“In other words, the longer it takes to solve the problem, the bigger and more expensive it becomes.”

Fortunately, the draft regulations, she said, also include some special rules about timing.

“In particular, interest will only start from the date these new rules come in for commutations that happened earlier,” she noted.

A very important point with the new rules, however, is that the new rules only allow the SMSF trustee to commute the $500,000 (plus interest) once they receive their excess notice from the ATO, Ms Heffron stressed.

“Until that happens, [they] have to leave the pension untouched. This means there’s nothing [the member] can do to minimise the amount of interest building up – other than hope the ATO issues its determination quickly,” she said.

“This is quite different to the situation for people with account-based pensions who work out (belatedly) that they have exceeded their cap. They can commute some of their pension as soon as they work it out – even before the ATO tells them to do so.”

This means they can limit their interest bill to negligible amounts if they deal with it quickly enough, she noted.

“That said the draft regulations will be extremely beneficial for some people,” she said.

She reminded SMSF professionals that if they have clients who have already commuted their market-linked pension and started a new one post-1 July but have not lodged their relevant TBARs, the ATO expects trustees to commence reporting as soon as the regulations commence.