The Federal Government recently announced the mandatory minimum drawdown rates for retirees with account-based pensions would be temporarily halved in both the 2019-20 and 2020-21 financial years. 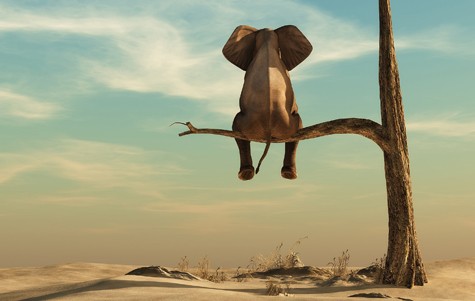 The measure was introduced in response to the heightened volatility on financial markets triggered by the COVID-19 pandemic, essentially to provide relief to those retirees using self-funded pension income streams.

At the same time, the Government announced it was further reducing social security deeming rates to reflect the impact of low interest rates on retirees' savings. The lower deeming rates will potentially help some retirees who may not have been eligible for the Age Pension to pass the existing income test limits.

Meanwhile, the 50 per cent reduction in the amount retirees are required to withdraw from their superannuation account balance annually, depending on their age, will help individuals and couples preserve more of their investment capital.

Retirees are required to pull money out of their superannuation savings at set percentage rates, essentially to reduce the amount of capital that is being held in the tax-free pension earnings environment.

The latest data on retiree numbers from the Australian Bureau of Statistics shows there were 3.9 million retirees in the 2018-19 year. But that number is likely to have spiked as a result of many older working Australians having lost their jobs during the current crisis.

Knowing the new drawdown rules is imperative for all retirees drawing a self-funded pension.

For retirees running their own pension account through a self-managed structure, the changes to the mandatory withdrawal rates are very straightforward.

All that needs to happen is that the revised minimum percentage amount is withdrawn from your account before the end of the financial year, based on your account balance.

That's a big bonus for those not needing to draw down the normal rate of funds from their account to cover their living costs.

The same could be the case for many of those using third-party account-based pension managers.

If you do use a third-party account manager, however, it's important to be aware that the minimum drawdown changes could impact your regular pension payment amounts from the start of this new financial year (if they haven't already).

The issue is that the wording on the Government's fact sheet around its revised drawdowns legislation doesn't have any specifications around how the rules are to be applied by external managers.

Some of the superannuation funds managing account-based pensions may have automatically set their members' payments to the lower new minimum drawdown levels.

Alternatively, other account managers may have left the default drawdown limits in place, with the onus on members to contact them to request the new reduced account withdrawal rates.

Those wanting to take advantage of the lower withdrawal requirements will similarly need to contact their pension fund manager and submit a request to change their pension payment amount.

Retirees using third-party providers should already have been contacted about the drawdown changes and been advised of their options.

To avoid any potential changes to your normal pension payments, or to take advantage of the temporary lower required drawdown limits, you should contact your account administrator as soon as possible.

Pension withdrawal amounts can easily be changed to higher amounts at the request of the account holder.

Before making any financial decisions, it's important to assess your current and future income needs.

Changes to pension withdrawal amounts can potentially impact the amount of government Age Pension a person is entitled to receive.

It may be useful to contact a financial adviser to discuss your plans.