Why more Millennials are turning to SMSFs

The growth trajectory of more Millennial SMSFs is set to continue in the years to come, according to the chief executive of Smarter SMSF. 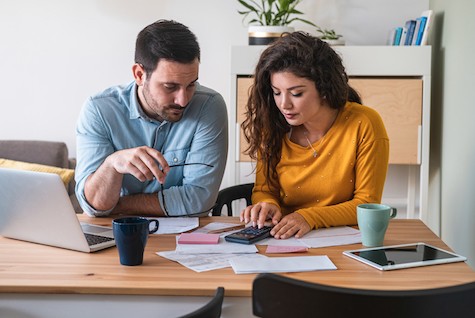 shared some reasons as to why the Millennial cohort is commanding more share in the number of new SMSF entrants than in years past.

“Historically, the trends are, and this is from the ATO statistics, that entrants are getting younger and younger and younger. So the quarterly data is continuing to show that under age 45, and then even in the 40-to-45 and the 35-to-40 bracket, that is by and large where the largest cohorts are entering the system,” he said.

“Now, why is that the case? I think it’s a combination of reasons. I think, one, if you think about that age group, they’ve had compulsory super their entire life. So from that point of view, we’re looking at account balances that would be more reflective of considering self-managed super funds.

“We’re seeing that group of people probably being more financially literate than ever before. So they understand risk-return financial markets, some might invest in cryptocurrency, but that’s probably a separate conversation.”

Further, Mr Dunn said technology take-up in the sector could be the reason for the rise in new entrants.

“We’re seeing more and more technology come on board, which means that the cost of being able to manage and maintain the fund is so much more cost-effective. And the SMSF Association really validated a lot of that and debunked ASIC’s fact sheet that they had last year by releasing research to show that costs are coming down, which, therefore, means the framework for entry points and appropriateness is also changing,” he said.

“So this to me is further validation of all of those things that we’re seeing because of the fact that there are different products, greater understanding, more super balances, get married, partner it up with someone, and you quite quickly get enough balance to make it cost-comparative to where you may be at at the current point in time.”

Mr Dunn’s comments come off the back of new data by AUSIEX (Australian Investment Exchange Limited), which revealed during the first quarter of financial year 2022 (July to September) that there was a 9.3 per cent increase in new SMSF accounts opened compared to FY21 Q1.

Gen Y or Millennials (born 1981-1996) represent the fastest-growing segment of new SMSF accounts. The year 2020 onwards has seen a new pattern emerge, with this group representing 10 per cent of all new accounts – double the rates seen from 2016 to 2019.

Looking ahead, Mr Dunn noted that while the take-up in SMSFs is great to see, it’s also important to consider certain challenges.

“People [have] become highly engaged in that SMSF sense. So a lot of those people may be self-directed in that respect. So then the challenge is, ‘Well, they’ll be self-directed in some aspects of the investments’. So they might have specific interests themselves in different asset classes, but then it’s finding the balance to go, ‘OK. But I need help along the way’,” he said.

“So it might be, ‘I need a specific piece of advice that helps me at this point in time. I might need some specific advice to help me to make sure I’ve got my insurance in order. It might be to help me with a particular investment’.

“And it’s obviously a conversation for another day, but it’s where the advice framework will sit as we move into 2022 with some of the quality of advice reforms as well. So, it’s not that they’re just going to go out on their own and try and build it all themselves. And that’s going to be one of the things the government is going to have to identify and come to terms with, with these younger entrants coming in, because they are not DIYers, the old DIY super fund, they are self-managed funds, but they’re coming in with perceptions of what they can do, but there’ll be things where they’ll need assistance as well.

“And making sure that they can get that and it’s affordable will be the other big challenge.”