It’s been a long time coming but members are finally able to use the catch-up concessional contribution rules for the first time this year (2019–20). 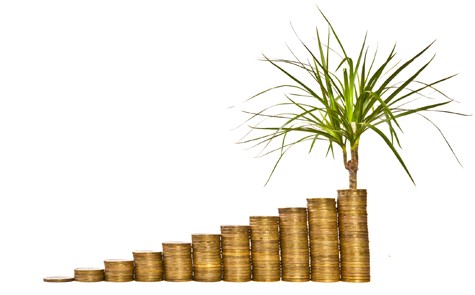 The new rules represent a shift away from the government’s previous “use it or lose it” approach to super contributions and provide members with an important opportunity to make additional contributions in later years, when they may be better able to afford it.

However, the new rules also potentially make salary sacrifice and personal deductible contribution advice more complicated, as advisers need to determine both a member’s eligibility to use these concessions as well as the value of the member’s effective concessional cap in a year.

As time goes on, the catch-up rules could allow members to make quite high levels of concessional contributions over one year as members will have access to both the standard concessional cap in that year plus any unused cap amounts from the previous five financial years.

Unused concessional contribution amounts continue to accrue where TSB is over $500,000

It is important to note that while the $500,000 TSB eligibility requirement restricts a member’s ability to make catch-up concessional contributions in a year, it does not prevent the client from accruing unused concessional cap amounts in that year.

Before recommending catch-up concessional contributions, advisers need to confirm a range of issues, including:

To determine whether a member is eligible to make catch-up concessional contributions, advisers need to confirm that the member’s total superannuation balance (TSB) is below $500,000 at the end of the previous financial year.

Advisers can determine the value of a member’s TSB by making their own investigations or by getting the client to confirm their TSB value with the ATO — potentially via the myGov website. However, advisers should exercise caution relying on any ATO TSB data and should confirm the data is up to date and accurate and includes all amounts that are included in the calculation of TSB.

For example, the value of a member’s interests in an SMSF will not be reported to the ATO until the fund lodges its SMSF annual return. Depending on an SMSF’s circumstances, this may not be until May the following year. Therefore, SMSF members with a TSB that is likely to be close to the $500,000 threshold may need to wait until the values of the member balances have been confirmed.

Advisers will need to calculate the value of a member’s unused concessional cap amounts for previous years (commencing 1 July 2018) by making their own investigations, as at the time of writing the ATO does not report this figure. However, the ATO has announced it intends to start reporting unused concessional contributions cap amounts via myGov by the end of 2019.

However, once again, advisers will need to exercise caution relying on ATO unused concessional cap data and should make reasonable inquiries to confirm it is accurate and up to date. In the interim, or as an alternative, advisers should consider contacting the member’s super fund to obtain concessional contribution details for the previous financial years.

In addition, an adviser should exercise caution to confirm whether the amount of any deduction claimed on a personal contribution is likely to change. For example, a member that has already made a contribution and lodged a deduction notice may be able to vary the notice down to reduce the amount they claimed as a deduction — maybe because they did not earn as much income as they expected. Alternatively, if a member wishes to increase the amount of the deduction claimed, they could lodge another deduction notice specifying the additional amount they wish to claim.

Where a member has not made any personal deductible contributions during the catch-up period, an adviser could also calculate a member’s unused concessional cap by checking the employer contribution details for the member via their myGov account. While myGov does not report unused concessional cap amounts, it does report employer contribution details for 2018–19, which could allow an adviser to calculate a member’s unused cap amount for that year (and later years). While the ATO has announced it intends to start reporting members’ personal deductible contribution information via myGov, this is not expected until sometime in 2020. Therefore, these amounts would need to be factored in separately.

Another alternative could be to check any payslips for superannuation contribution details. Once again, an adviser would need to check the member had not made any personal deductible contributions and had not changed jobs or had multiple jobs during the relevant bring-forward period.

Finally, as part of calculating the member’s unused cap amount, an adviser will also need to identify any amounts of unused concessional cap that the member may have already used and deduct those amounts from the relevant year. See catch-up concessional contribution recap above for more details.

What could be done.

In this case, members wanting to make extra contributions could consider alternative strategies, such as:

Disposal or transfer of assets

For example, assume a member earning $70,000 and receiving 9.5 per cent employer SG, sold an asset in 2020–21 realising a net (discounted) capital gain of $35,000. In this case, assuming the member was eligible to make catch-up concessional contributions and had an unused cap amount in 2019–20 of $18,350, they would have an effective concessional cap in 2020–21 of $43,350. Taking into account the 9.5 per cent employer SG contribution, this would allow the member to make a personal deductible contribution of up to $36,500 to fully offset the amount of the capital gain and still remain within their concessional cap.

As a result, by contributing $35,000 of the sale proceeds as a personal deductible contribution, the member will have achieved their objective of boosting their super while also saving $6,800 in tax being the difference between the tax payable on the capital gain of $12,050 and 15 per cent contributions tax of $5,250.

Alternatively, where an eligible member receives an end-of-year bonus, they could achieve a similar result by using the catch-up concessional contributions rules to make a personal deductible contribution equivalent to the pre-tax value of the bonus amount. However, in this case it will be important to factor in any SG payable on the bonus (also taking into account the SG maximum contribution base for the relevant quarter where relied on by the employer) as well as the member’s salary as this could effectively reduce the amount of remaining cap they have available.

Members receiving a windfall, such as an inheritance, could potentially use the catch-up concessional contribution rules to fully utilise any amounts of unused concessional cap they have available. Also taking into account the deduction available, this could allow them to reduce their tax and further maximise their contributions to super.

For example, an eligible member with $10,000 of unused concessional cap from 2018–19 would have an effective concessional cap in 2019–20 of $35,000. Assuming the member received a small $10,000 inheritance and were already salary sacrificing up to the concessional cap, they could use that amount to make a $10,000 personal deductible contribution — which would result in $1,500 tax payable and net contributions of $8,500.

While the reduction in the benefit of the salary sacrifice TTR strategy since 1 July 2017 is well understood, it is important to appreciate that this has been due to the combined impact of both:

Therefore, the ability of eligible members to use the catch-up concessional contribution rules to salary sacrifice unused cap amounts that have accrued over the previous five years (from 1 July 2018) could see eligible members get an increased benefit from implementing the strategy.

Alternatively, if they entered into a standard TTR strategy and salary sacrificed up to the standard concessional cap each year and commenced a TTR pension to replace their lost income, they would instead have total super savings of $651,817 by age 65.

The outcomes are summarised here:

Therefore, the TTR salary sacrifice strategy could be used to allow members to fully utilise any unused cap amounts that accrued in the previous five years to maximise their final retirement balance.

The catch-up concessional cap rules may provide eligible members with additional flexibility to top up their superannuation. However, the rules are complicated, and advisers providing advice in this area will need to exercise caution to ensure they capture all relevant amounts so they can correctly calculate a member’s unused concessional cap amounts for previous years, and therefore a member’s effective concessional cap.